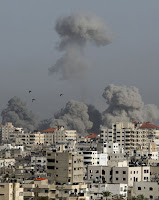 Unfortunately necessary Al-Qaedification of civilians for unclear and most probably pointless military purposes, undertaken in self-defence with deep psychic anguish by Democrats.

Heartbreaking, highly distressing bombing campaigns which cause Decents to bow their heads in a moment of quiet, sorrowful reflection at the sheer waste of life, before penning exculpatory newspaper articles detailing the desperate need for more surgical strikes.

"I don't know, Professor... I sympathise with the plight of the Israelis in facing such an intransigent and fanatical enemy, but these most recent strikes smack of gratuitous and aimless violence born of political utility."

"I know, I know, it's a Tragedy, and I for one feel extreme sympathy for any non-combatants caught in the crossfire. Words cannot express my boundless grief at these entirely regrettable events, but it is with a heavy, heavy heart that I must remind you that Terrorists Are Bad, so basically - fuck it, why the hell not?"

The festive season is upon us once more and in true end-of-year tradition, it's time for voting to open in the inaugural Bruschetta Awards, as given by The Encyclopedia of Decency in recognition of outstanding service to the cause of Muscular Liberalism.

My nominations for a few awards follow as an example, and readers are invited to submit any instances of Decency above and beyond the call of duty before the final count. Without much ado, let us commence...

Awarded in recognition of the most hysterically overblown reaction to a non-story, named for the old lady who owned Tom in Tom & Jerry.

To my mind, this year's finest display of chair-leaping, skirt-clutching, broom-beating shriekery was David T. of Harry's Place's jihad on segregated swimming - a not-really-very-interesting story immediately pounced on by the Mail, the Telegraph, and a global audience of gleeful wingnuts and white supremacists.

Congratulations are due, for inflating a disinterested decision made by a dipshit local administrator into an epic struggle between secularism, religious reaction and ethnic segregation is harder than it looks.


The Islingtonian Award For Anecdotal Anti-Semitism

Given for excellence in the reporting of alleged fashion-accessory racism by unidentified chardonnay-swilling elitists at Liberal Dinner Parties or in Decent Taxis.

Surely nobody has given as much in this field as Dennis MacShane MP, whose unstinting work in relating unverifiable tales of haute-cuisine Hebrew-hatred by anonymous middle-class liberals is second to none.

Awarded for the most crass smuggling of deranged, wingnut culture war propaganda under the cover of a supposedly left wing critique.

Readers will do well to find a more egregious example than Nick Cohen's When Barack's Berserkers Lost The Plot, which joyfully embraced the hilarious "Liberal elitists hate Sarah Palin because she's so working class" propaganda being pumped out by America's most barking.

Extra points are awarded for invoking the following Decent hot-button words - Post-Modern, Support for the Iraq war, Neocons, "Leftists... Allowing their hatred to override their judgement" and Eric Hobsbawm.

Suggestions are also humbly requested in the following categories -


The Coalface Gong - For the most ostentatious condemnation of generic middle class liberals and high-horse antics over the working class by a Decent earning not less than three times the national average wage;

The Bellicosity Bauble - For the most bloodcurdling call for counterproductive warmaking;

The Inkblot - Given for the most impressive extrapolation of fascist, racist and/or pro-terrorist beliefs from the flimsiest evidence, preferably an out-of-context, single-sentence quote;

The Fuckam Tu Quoque - Given to the Decent who issued the most grudging, minimalist admission of error, accompanied by the most hilariously bitter But You Are All Bastards Nonetheless snark. 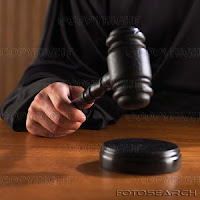 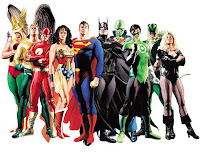 Theoretically brilliant mechanism for annoying the Russians, the Iranians and the Syrians, the League of Democracies allows the most priapic level of moral grandstanding while still being laughably unworkable in practice, making it the quintessentially Decent enterprise.
Posted by Malky Muscular at 08:45 3 comments:

The rise of blogging in recent years has laid bare the limitations of the traditional "dead tree" media. In today's multifaceted, super-lubricated media landscape, the mainstream press finds itself outstripped and intimately molested by the growth of newer, stupider online commentary.

Can any reader honestly deny that, on opening The Guardian, they have never thought to themselves, This newspaper needs many, many more nostalgic, colonoscopic ruminations on the history of punk rock?

Surely you have found yourself wishing that there was some outlet devoted to ponderous deconstruction of the endless Jihadist propaganda of primetime BBC dramas, and the subsequent rectal detection of racist tropes?

And who can honestly say that they have never seen a poster for a Hollywood film and thought, Boy, rather than pay to watch that, I'd far prefer to read a hysterical weblog entry accusing its director of sedition and complicity with terrorists?

If so, Decentpedia Arts is for you - a daily journal of cultural highlights viewed from a Decent perspective, vibrating and glistening in the shine-buffed abstraction of the cybermedial. It will be stuffed to the anus with fellatious reviews of the creative works of my friends and political allies, and strident condemnations of the traitorous artworks and the elitist literature of my political enemies.

Whether you're a frustrated, middle-aged white guy who is horribly embarrassed of the stupid opinions you held as a youngster, or just an old-fashioned small-minded reactionary terrified of modernity and hostile to the foreign and the novel, Decentpedia Arts will do for culture what its pusillanimous, mealy-mouthed sniping and bitter, resentment-fuelled carping have done for politics.

Bonekickers, Spooks And Doctor Who - The BBC Drama Department's Thirst For Murder

Question Time - Should The Left Support The Execution Of David Dimbleby?

The Smiths - It Were All Trees Around Here When I Were a Lad (or, You Don't See Bands Like That These Days, It's All Just Noise Now, Isn't It)

Why Free Speech Must Be Absolutely Free And Unlimited For Everyone, Except For Homophobic Jamaican Rappers, Guardian Columnists and Tedious Left Wing Bloggers, Who Should Be Imprisoned The Very Moment They Open Their Disgusting Mouths 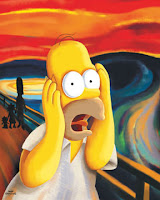 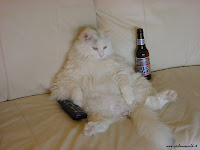 1) Of a sexist gentleman at Chucking-Out Time, one last stagger through the detritus of a rapidly-emptying nightclub in search of a friendly female of dubious virtue, for immoral purposes.

Much-beloved tactic of the thirsty gentleman who wishes to economise on charm, to leave more time for drinking.

2) Of a lazy Decent journalist with an imminent Deadline, one last stagger to one's computer to type the words Terrorism and Root Causes into Google News, in search of Some Guy With a Website one can use as an excuse to knock-off a half-assed article about relativism, for financial purposes.

Much-beloved tactic of the Decent gentleman who wishes to economise on effort, to leave more time for drinking.

From the Annals of Decency - " 'Anti-Americanism' is a transparent slur that libels and subverts the best of American freedom. It is a propaganda insult that is as contaminated as 'terrorist'. Right-wingers... use it shamelessly to suggest that those who are not happy with their abysmal status-quo are the moral equivalents of blood-drenched murderers." Nasty Nick Cohen, 14/1/02
Posted by Malky Muscular at 13:58 2 comments: 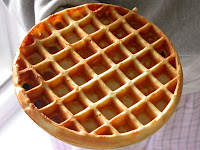 Posted by Malky Muscular at 12:29 No comments: