Hilarious, thigh-slapping response to every partially pugnacious Presidential pronouncement, a well-executed Formerly Known As The War On Terror! sets 'em rollin' and rockin' with ROFL as Decent funnybones are tickled and sides split.

Generally deployed after any statement from Barack Obama indicating that he favours attacking terrorists rather than fellating them, FKATWOT implies the following concepts...

1) That, contrary to Barack Obama's election pledges to continue occupying Afghanistan and to keep bombing terrorists and wedding parties, Chardonnay-sipping Hampstead Guardianistas and Bien Pensant Islingtonian Liberals had feverishly hoped that Barack Obama would instead abolish the armed forces of the United States and erect a golden temple to Osama Bin Laden on the former site of the World Trade Center, and that

2) Barack Obama has in fact continued to occupy Afghanistan and bomb terrorists and wedding parties.


Taken in conjunction, these twin concepts create a chucklesome comedy cocktail of bladder-bursting proportions, causing Decents to literally explode in a puff of hilarity.

The Souls of Secret Policemen


"No novelist with any talent just deals with political themes, and readers who scour their books for ideological clues have the souls of secret policemen". - Nick Cohen, December 2009

"...so consistent was the pro-Islamist party line in the BBC’s drama it seemed as if a politburo had taken control of the arts department". Nick Cohen, December 2007 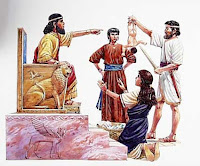 1. Enlightened group of Solomonic Solons gathered to pass impartial judgement upon the innocence and ironclad moral rectitude of the Prime Minister and to sentence fork-tongued reporters and mendacious public service broadcasters to hard labour in the grim Gulag of journalistic disgrace.

Unimpeachable tribunes of even-handed justice, investigating and rejecting out of hand grotesque litanies of false accusation against pure-hearted politicians in the spirit of non-partisan free inquiry, whose decision is final. 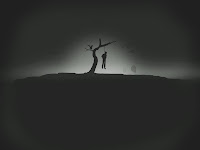 2. Despicable kangaroo court of politically-motivated liars, con men, mountebanks and bastards gathered to orchestrate the public lynching of the Prime Minister in an epic assault upon truth and justice.

A great troupe of cackling, pro-terror chimpanzees gathered to hurl great handfuls of faeces into the wide-eyed, trusting faces of pure-hearted politicians, unless their report absolves the Prime Minister of wrongdoing, in which case see 1.
Posted by Malky Muscular at 12:10 No comments:

Hitchens - Evil people do evil things because they are evil. An intellectual titan - Norm agrees, by the way.

Law and order hawks - Pitbulls make excellent guard dogs if you're worried about being burgled by toddlers.

Swiss racists - disguise your bigotry by forbidding all religious people from putting minarets in their mosques, and not just Muslims. (Note on the text - this is rather like setting strict laws on what both men and women can do with their own vaginas).

Harry's Place - Encourage the French to commit more troops to our military clusterfucks by calling them cowardly wretches.

Celtic v Hapoel Tel Aviv - As a Hoops fan, I say no political protest at the game. There's no place at Parkhead for religion or politics.

Would it be moral to clone Adolf Hitler, then immediately have him shot for war crimes? Note - if you answered "No," then you are a Nazi.

Actually, if I could clone anyone, it'd be Pablo Picasso, so that I could call him an asshole, just to infuriate the Modern Lovers.

When Seal wrote "Crazy," he clearly wasn't talking about CifWatch or he would've called it "Wonk-Wonk Fuckadoodle Bugshit". (No we're never gonna survive, unless...)

Posted by Malky Muscular at 09:20 No comments:

Bizarre ethnoreligious insult used by wackadoodle wingnuts to demean and disregard the opinions of non-wingnut members of the Jewish faith that this writer, for one, is not touching with a fucking bargepole.