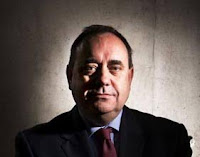 Yet Another Notch Upon The Whittled Bedpost Of British Political Appeasement

Despicable fifth-columnists funding fascist activities, thus plunging the number of British political parties not directly involved in the promotion of terrorism and genocide to a figure that is now perilously close to "zero".

Racist useful idiots whose recent electoral success north of the border is evidence of their mendacious, scheming nature and... Well, why the hell not - their incipient totalitarian ideology, probably.

Any perceived causal relationship between recent SNP electoral success and recent, Decent condemnation is entirely coincidental and any suggestion to the contrary is, in itself, fundamentally unserious.

*Disambiguation - Not to be confused with the British National Party, who are a pack of racist, thuggish fascists duplicitously exploiting entirely justified working class discontent with the chardonnay-swilling, middle class liberal elitists of the Academic/Media Complex to sow dissent, hatred and psychotic rampages of blood-curdling horror.

You badly underestimate the danger of the SNP: they are not just doing the Dhimmi-shimmy, they are actually trying to break up the last bastion against the Caliphate, by undermining the union. Salmond is deploying muslim councillors armed with Kalashnikov's alsongside the sneaky propaganda of Osama Bin Saeed. Fear not, the plucky working class heroes like John Smeaton will Smite 'em

I thought this was a bit soft myself. Suspicious.

I note you have gone completely silent since the election of Obama. Not surprising given this complete repudiation of the totalitarian anti-American ideology that inspires you. Of course those who voted for him are all appeasers and idiots but thats hardly the point. You have been exposed.

i agree, the silence is shocking.