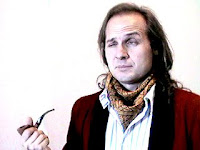 1. Disgusting anti-war groupthink of sniffy left wingers, contending that there were no good reasons for supporting an insane, half-arsed, ill-defined and transparently doomed militaristic clusterfuck led by morons with support from the undead cast of Iran/Contra: The Musical.

2. The dogmatic certainty that a war that resulted in horrifyingly brutal civil strife and mass slaughter, sectarian partition, the rocket-propelled national decline of the invaders, the invaded nation and all of their allies in the region, plus the vast empowerment of reactionaries and lunatics, was somehow a bad idea.

By hewing to the bien-pensant party line, liberals on the internet have perpetrated possibly the most tragic injustice of the 21st century in implying that an elderly academic's opinions are cretinous, deluded and cracked, leaving him feeling somewhat slighted.

Source: "Why can't those who opposed the war admit that I cheerled this easily-avoidable, murderous catastrophe in good faith?", Normblog: Extract from page 388, Chapter Seven, Book Nine of the Professor's thirty two-volume epic poem "Just Because It Was a Disaster Doesn't Mean I Was Wrong, You Snotty Liberal Bastards".
Posted by Malky Muscular at 13:27

It's a classic symptom of the retreat of an ideology into unreality.

When homeopaths have been laughed out of town on the science, they insist that 'the customer must have choice'. Ditto creationists, who've strategically switched their mantra from 'answers in genesis' to 'teach the controversy'.

By simply asserting in strident terms that there are two equally legitimate views on a subject you can gain argumentative traction, without actually having to advance any arguments at all.

This absolutely brilliant. I'm so glad there's a fellow Edinburgh resident willing to take on the beardy appeasers and relativists whose endless hand wringing and puny muscles will soon lead to women being stoned to death for shopping at Boots and Edinburgh castle being replaced by an enormous dome with a crescent moon on top. Perhaps the appeasers hope for a juicey post in the imminant Caliphate? Hence their visible unwillingness to absolutely condemn those dangerous rockets that rained such misery on Sderot! Imagine if Sderot was Haddington!

Surely it's time for a definitive Decentpedia article on Martin Amis?

it'd be a long one but there's a lot of brilliant material in recent pieces concerning Amis - largely of the 'Amis got Islam and Islamism confused because he was UPSET, and the fact that he continues to use the two words interchangeably is cough, cough, mumble, outspokenness is an asset, how many other writers do you see speaking like that, that's right, none; and have you noticed that terrorism is bad?'

So happy to be given a privilege to post a comment here. You have a wonderful site. Thank you for the effort to publish this.

This website has very good content. I rarely do encounter such page that's both informative and useful. keep posting!.

I recently came across your blog and have been reading along. I thought I would leave my first comment. I don't know what to say except that I have enjoyed reading. Nice blog. I will keep visiting this blog very often..

It was nice to land on this website post and to see such superb stuff. Your website is choked with authentic and highly-researched knowledge that's price reading. I’ll sure enough advocate your website to my fellows!

I really enjoyed reading your article. I found this as an informative and interesting post, so i think it is very useful and knowledgeable. I would like to thank you for the effort you have made in writing this article.

Love it! Very interesting topics, I hope the incoming comments and suggestion are equally positive. Thank you for sharing this information that is actually helpful.

Thanks for sharing your article and for giving us the chance to read it. It is very helpful and encouraging. Visit my site too.

This site is really a walk-by way of for all the data you wanted about this and didn’t know who to ask. Glimpse here, and also you’ll positively discover it. gsn casino slots

There are some interesting points in time on this article however I don’t know if I see all of them middle to heart. There is some validity however I will take maintain opinion until I look into it further. Good article , thanks and we would like more! Added to FeedBurner as properly online casinos for us players