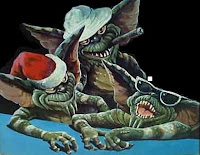 I am most concerned about far left activists once again becoming stooges of right wing Islamists in a pointless campaign against some people with unexceptional views who just happen to be football hooligans over-reacting to terrorism.