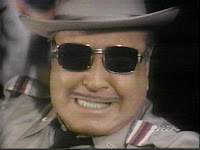 The deadly blade in the gloved fist of Liberal Interventionism.

Batshit-crazy American political party sworn to the destruction of the Labour movement, the accruing of all wealth to themselves, endless looting of the Federal Treasury and the extermination of all foreign and domestic opposition.

These harmless quirks mask a deeply-held humanitarianism, as the Republicans' altruistic Foreign Policy goals are -

-The establishment of liberal governments dedicated to Jeffersonian democracy in all countries on Earth.

-Love and amity between all men and women.

"Thank God the Republicans are willing to fight fascism, or the world would be in a terrible state."