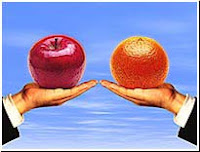 Argumentative technique and moral blank cheque whereby one invokes the Nazis as a freestanding justification for war and the bombing of military targets.

"What will it take for you appeasers to learn the Lessons of History? Of course we should liberate Iraq - you useful idiots would've been attacking Churchill in 1938, wouldn't you?"

That's terrific - wherever did you get it from?

Sadlyno.com, a site of weird wingnut baiters after my own heart.