The Court of Decency vs. Amnesty International 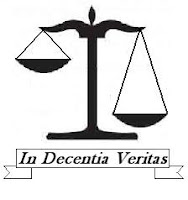 (With the Decent Jihad on Amnesty International well underway, the Court of Decency has issued its interim findings on the latest witchhunt against a human rights organisation...)

1. Amnesty International is in partnership with and promoting CagePrisoners

Amnesty vehemently deny any official relationship at all with CagePrisoners, a foolish gambit given we all know that they are literally in cahoots with the Taliban and praying for the victory of fundamentalist Islam.

2. The head of Amnesty Asia has condemned the organisation

Sam Zafiri, Amnesty's Asia Pacific director, was reported by the Times journalist who first broke the BullshitGate story to have called upon Amnesty to "admit it had made a mistake" by allowing Moazzam Begg to speak. Zafiri has since said he was misquoted, which means he must surely have called upon Amnesty's UK directors to commit suicide by disembowelling themselves instead.

3. Amnesty is giving Begg a platform to espouse his nutty beliefs.

Begg has only ever spoken about the secret black prison network in which he was held, and into which an unknown number of innocent and guilty individuals have vanished, many of whom have been tortured for false confessions or murdered. Amnesty has no place drawing attention to the legitimate torture and national security operations of western democracies, and referring to the US black prison network is surely just as bad as Amnesty calling for Jihad on western democracy itself.

4. Amnesty is soft on Islamists in general and the Taliban in particular.

Amnesty's latest work on the Taliban is available here and is, admittedly, somewhat short on kisses and hugs and long on documenting human rights violations. Mind, you'll notice they Condemn the Taliban, but the question is, do they Denounce them? Do they Castigate and Excoriate them?

5. Gita Saghal was suspended for objecting to Amnesty's promotion of Begg.

The sequence of events leading to Saghal's suspension is clear. She took part in an internal debate at Amnesty on their decision to allow Begg to speak, which she lost. Rather than resign or accept Amnesty's decision, she took her complaint to News International. Thus, Saghal was suspended for attacking the organisation in the Murdoch press, which is almost exactly the same as being suspended for her moral rectitude.

6. As a whistleblower, Saghal should be protected from victimisation.

All of the relevant information was already in the press before Saghal spoke to the press, thus she is not a whistleblower. Nor is she being victimised, since every organisation on Earth would suspend an employee in this situation.

The Court finds that Amnesty should, however, hold itself to far higher standards than every other organisation on Earth and allow its employees to denounce it in the national press. After all, we all remember how it was totally fine when Katherine Gun leaked news that the United States had been bugging UN delegations in the run-up to the invasion of Iraq, to pick a random example.

On the above evidence, the Court Of Decency has no choice but to find Amnesty International hideously guilty of all charges. The fiends.

Amnesty International is hereby sentenced to twenty years of re-education by Oliver Kamm in respecting the human rights of all individuals not currently being bombed, shot, tortured or extrajudicially detained by the armed forces of the United States of America, Great Britain or Israel.

Without your sterling efforts comrades, this patchwork of misleading claims, bald deceptions and outright hysterical lies would never have reached the international press.

(Cheers are due to Pickled Politics)
Posted by Malky Muscular at 13:04

Labels: BullshitGate, Proceedings Of The Court Of Decency

Agree with all that; point 1 should be 'embracing' for 'in partnership with' though. Most of the 'Saghal is right' side use that formulation. It just sounds creepy. "Ewww... you love Islamists..." (See also Lucy Lips Toube: "Ewwww the Guardian really loves you...") Moral: always hint at perversity on the part of people you disagree with, and never forget that sex is icky.

I very much enjoyed this post. Groups like Amnesty are essential for positive progress in terms of human rights, and it's good to know that other people actually understand that these issues are complex and nuanced.

Amnesty International is in partnership with and promoting CagePrisoners

"Partnership" - does collaboration with CP on a briefing document meet the definition?

"Promoting" - does touting CP as a "leading human rights organization" cut the mustard?

We're not too far away, are we?

"I have to say, in HRW’s defense, that it has done excellent work monitoring the Chavez government’s increasing disregard for human rights in Venezuela. It’s a shame that that Garlascogate et al have discredited the entire organization."

Goodness, discrediting entire organisations is easier than I thought! Who shall we pick on next?